While the Western media make great play about recent developments in Venezuela, and the alleged anti-democratic nature of the new Constituent Assembly, an alternative view is offered by Granma the Official Voice of the Communist Party of Cuba Central Committee.

Ten keys to the Constituent Assembly in Venezuela 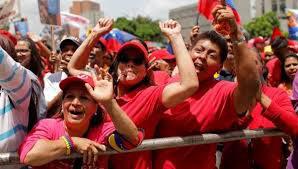 Nicolás Maduro went for broke. “Come rain or shine, there will be a National Constituent Assembly,” the Venezuelan President stated. And so it was.

July 30, 2017, marked a historic date, not only for the Bolivarian Revolution, which came to power less than two decades ago, but for a nation that has been struggling for its independence and self-determination for over 200 years.

The vote that day offered us several lessons to understand the complex scenario facing the country, and the possible evolution of events:

Most speak of at least ten dead. However, after more than a hundred victims in the past few months, some of them burned alive by opposition extremists, the election day balance sheet was far from the “bloodbath” predicted by some international analysts.