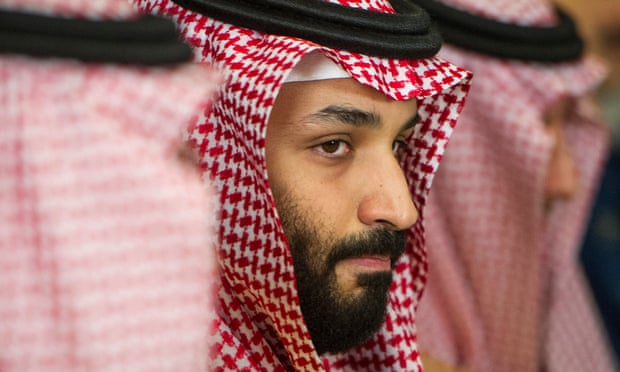 The toxic Saudi dictatorship, not content with routinely abusing human rights, suppressing democracy, oppressing women and being responsible for the massacre of innocent civilians in Yemen, now appears to be implicated in the assassination of a journalist.  Crown Prince Mohammed bin Salman, friend of Prince Charles, adored by Donald Trump and recipient of millions of pounds worth of UK weapons, is desperately struggling to cover this one up.

Washington Post journalist and prominent critic of the Saudi dictatorship, Jamal Khashoggi, was last seen alive entering the Saudi consulate in Istanbul, Turkey.  He has not been seen since.  That was two weeks ago.

The Saudi response has metamorphosed over the past fortnight as pressure has grown upon them to reveal the facts.  At first the Saudis claimed that Khashoggi was the victim of an interrogation which had gone wrong.  Presumably, this was not as a result of him being shouted at too loudly, so the Saudis were implicitly admitting to the use of torture.

Next tack was to fall back on the old ‘rogue elements’ routine, suggesting that Khashoggi had fallen prey to a maverick strand in the Saudi security services, not sanctioned by the government, who just happened to silence one of its most vocal critics.

More recently the Saudi authorities are suggesting that Khashoggi was killed in a fight with an interrogator.  These explanations would be implausible under most circumstances but are further undermined by the evidence from Turkish security, that a team of up to 15 Saudi agents were seen to be entering the Saudi consulate not long after Khashoggi.

The whole affair has had US President Donald Trump desperately back peddling.  On the one hand he does not want to offend the Saudis, as key Middle East allies in his warmongering against Iran.  Trump is also conscious of both US economic interests in Saudi Arabia and the fact that he personally has made a fortune from dealings with the dictatorship.  After all, he may not be president forever and why burn such lucrative bridges?

Quite apart from the scale of UK weapons sales to Saudi Arabia, well documented by the Campaign Against the Arms Trade, a wide range of UK companies are implicated in trying to mask the image of the dictatorship, with London being described as “a hub for global Saudi PR and media influence campaigns.” (The Guardian 20/10/18)

The network of companies with their noses in the Saudi trough, either now or in recent years include Freuds, a major PR company and a number of other London based PR firms. The Independent newspaper has recently decided to partner with Saudi publisher, Saudi Research and Marketing Group (SRMG) to produce its Middle East editions.  SRMG, which has close links to the Saudi government, has made significant donations of £7.6m to the Tony Blair Institute for Global Change, in exchange for his advice on the dictatorship’s so called ‘modernisation’ programme.

The furore over the Khashoggi affair is not yet spent but there is no doubt that the Saudis will be doing all in their power to make it yesterday’s news as quickly as possible.  What the Saudis no doubt regard as a blot on their international media campaign is in fact a reflection of the brutality at the heart of the regime.

The Saudi reach into the UK and US state clearly runs deep but the extent of their malign influence needs to be continually exposed.  Immediate support for the Campaign Against the Arms Trade is a start but campaigning for a UK government with a foreign policy not dependent on the sales of weapons of mass destruction would be a massive step forward.