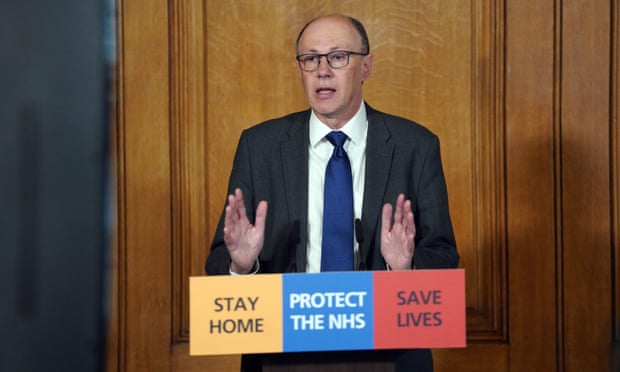 With the UK lockdown fully underway, and the further tightening of measures in prospect, the critical issue to address is the testing of health workers for COVID-19.  The NHS has had to deal with the crisis at a point when 10% of posts are vacant and many services sustained through the use of agency staff.  As a result of the crisis sickness levels in the NHS are already high, resulting in a shortage of medical staff, with many others self isolating with suspected symptoms.  Others are worried that they may be infected without showing symptoms, posing a potential risk to patients, colleagues and families. Widespread testing of NHS staff would help protect patients as well as allowing staff to return to the frontline faster.

The urgency of this strategy was underlined yesterday by national medical director of NHS England, Prof. Stephen Powis, at the daily Downing St press conference, that the UK “will have done very well” if deaths are kept below 20,000 in the current pandemic.  Given that deaths in the UK have just passed the 1,000 mark that represents only 5% of the potential death toll, even in a best case scenario.

At a cost of nearly £6m the government has taken the controversial decision to write to every UK household this week, in the form of a personal letter from Prime Minister, Boris Johnson, urging everyone to observe the lockdown measures currently in place, while reinforcing the social distancing and hand washing messages.

Debate has already started as to whether the letter is the best use of resources given the TV, radio and social media coverage of the stay home, save lives message.  Evidence suggests that in most instances behavioural change is taking place, with social distancing now being the norm in supermarket queues.  Amongst the minority where there is active resistance to the government measures people are unlikely to be persuaded by a letter from the Prime Minister.

The outpouring of public support for health workers, in the clap for carers initiative on Thursday and the rush of over 500,000 volunteers to provide support, has demonstrated the willingness of huge sections of the population to play their part in tackling the COVID-19 crisis.  This was swiftly followed by the embarrassment of Boris Johnson, testing positive with mild symptoms, Health Secretary, Matt Hancock, having to go into self isolation and Chief Medical Officer, Chris Whitty, temporarily withdrawing from the public stage for the same reasons.

With week one of the lockdown over there is every expectation that the coming seven days will see pressure upon the NHS increase significantly.  Of the 6,300 COVID-19 patients in hospital, as of last Friday, at least half are in London alone, which is expected to be the worst hit part of the UK over the next ten days.  Privately, many involved in local resilience are expressing the view that London is, to all intents and purposes ‘lost’, and measures to contain the virus have effectively been too little, too late.

While government measures to help the employed and self-employed during the week were welcomed, the period of uncertainty leading up to the announcements meant that many continued to travel to work on crowded tube trains and buses.  Without any certainty about income people felt they were being forced to choose between going to work and taking their chances with the virus.

Similar scenarios are playing out across major conurbations across the world, with New York and Tokyo continuing to report significant increases in cases and Mexico announcing a nationwide one month lockdown in an effort to contain the spread of the virus.

In the UK, ‘field hospital’ arrangements have been set up in London, with 4,000 additional beds, with Birmingham and Manchester expected to follow.  NHS guidance suggests that staff from across hospitals including non-nurses such as care assistants, therapists and pharmacists may be drafted in to assist with the care of patients, with intensive care nurses overseeing teams of carers across several patients.   Guidance also suggests that staff volunteering to work in field hospitals may need to be prepared “to live-in for the period the field hospital is open.”

In the context of a lack of high grade masks and inadequate levels of personal protective equipment, in an already under resourced NHS, capacity is soon going to be stretched beyond any reasonable limits.

Under resourcing and the creeping privatisation of the NHS have been starkly exposed by the present pandemic.  The symptoms though have been presenting for a long time.  The drama of current events is increasingly confirming that the long term cure for health provision in the UK is only possible with the planning, investment and organisation necessary under socialism.