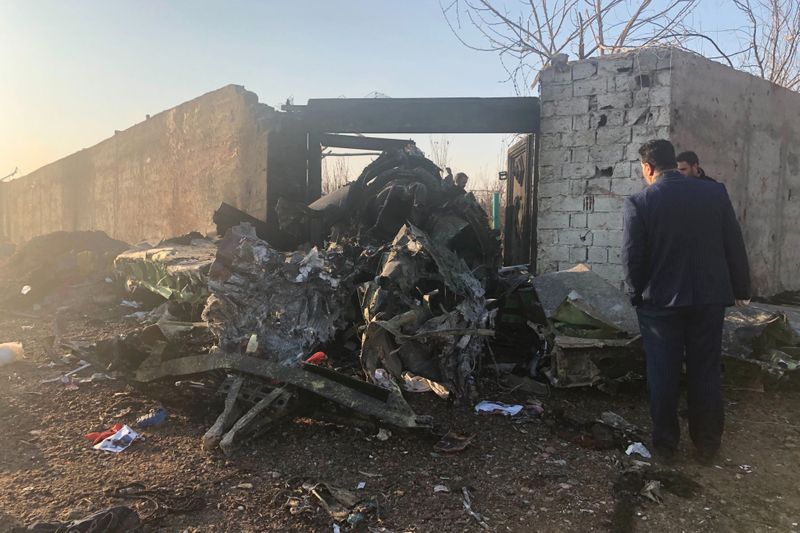 Debris from the Ukranian plane crash just outside Tehran

The death toll following the assassination, by the United States, of Islamic Revolution Guard Corps (IRGC) commander, General Qasem Souleimani, currently runs at over two hundred, with over 60 civilians being crushed in scenes of grief at Souleimani’s funeral and 176 deaths in the shooting down of the Ukranian civilian airliner, which the Iranian regime has admitted was a tragic mistake.

Neither of these events would have taken place without the assassination of Souleimani and both are examples of the unintended consequences which can follow on from significant political and military decisions, taken outside the norms of international law.

Souleimani, was the loyal servant of a theocratic dictatorship, unpopular with its own people, as recent demonstrations in November 2019 against corruption and political cronyism across Iran illustrate.  The Iranian regime will never admit it but his assassination came at a time when uniting the country against a foreign enemy could have been a useful distraction from domestic pressures.

While the regime may have been hoping that the death of Souleimani would provide a distraction, the shooting down of the Ukranian passenger aircraft, with significant loss of life, has refocussed the Iranian people upon the incompetence of the regime.

Over the weekend massive demonstrations have taken place in Tehran and other key cities, in protest against the IRGC forces shooting down the plane killing 176 passengers, 82 of them Iranian, on their way to Europe and North America.  The Iranian authorities had for three days falsely claimed technical difficulties as the cause of the crash.  However, early on Saturday morning they announced that an IRGC air defence system had shot down the airliner minutes after leaving Tehran international airport.   Protesters have been demanding the regime’s resignation, including that of Supreme Leader, Ayotollah Ali Khamenei.

While political assassination as a tool of foreign policy is not a new tactic for the US, the assassination of Souleimani still came as a shock to the Iranian regime and a blow to its adventurist foreign policy in the Middle East.  With responsibility for the IRGC Quds Force, in charge of overseas operations, Souleimani was instrumental in extending Iranian influence throughout the region, across Iraq, into Syria and in Lebanon and Yemen.  His military and tactical acumen is widely credited with having turned around the prospect of a Western led victory in the war of intervention in Syria.

The assassination of Souleimani followed a sequence of events going back to the 27th December, when an Iranian backed Shia militia attacked an Iraqi military base, killing a US contractor.  Reports from the US indicate that Secretary of State, Mike Pompeo, suggested the killing of Souleimani at that point but the tactic was rejected in favour of air strikes against the militia responsible for the attack.

The air strikes led militia supporters to attack the Green Zone in Baghdad’s diplomatic quarter, overrunning the gated US embassy compound, before Iraqi forces arrived to break up the intrusion.  It would seem that the event was sufficient for Pompeo to win over Trump to his viewpoint and Souleimani’s fate was sealed.

The political balance in the region, already precarious, has become even more volatile since Souleimani’s death.

Iran is using the opportunity to call for the complete withdrawal of US troops from the region, a demand echoed by the Iraqi Parliament, but one with which the US is unlikely to comply.  An estimated 5,500 US troops are in Iraq and the US is in negotiations with NATO about an increased non-US NATO contribution.   This is added to the fact that the United States has moved 14,000 additional troops to the Gulf region in the past year.

The volatility of US foreign policy, the ideological objectives of Saudi Arabia and Israel, and the geopolitical ambitions of Russia, do not lend themselves to any degree of regional certainty.  Added to that the increasingly unstable position of the theocratic dictatorship in Iran, under intense pressure from its own people for democratic change, will continue to be a major factor for instability in the regional balance.  Resistance to US troops in Iraq continues to be an issue, political instability in Lebanon continues and the ability of the Syrian people to recover from seven years of war will, no doubt, continue to be tested.

Much of this uncertainty is also due to the pressure for democratic change coming from the people of countries suffering under dictatorships of one form or another, such as Saudi Arabia and Iran, or suffering under US occupation or influence such as in Iraq.

The Middle East remains a complex web of alliances in which there is no obvious or easy route to navigate.  However, solidarity with the people of the Middle East, in their efforts to reshape their nations and the region in their interests, rather than those of Western corporations or the military industrial complex, will be more vital than ever in the coming period.