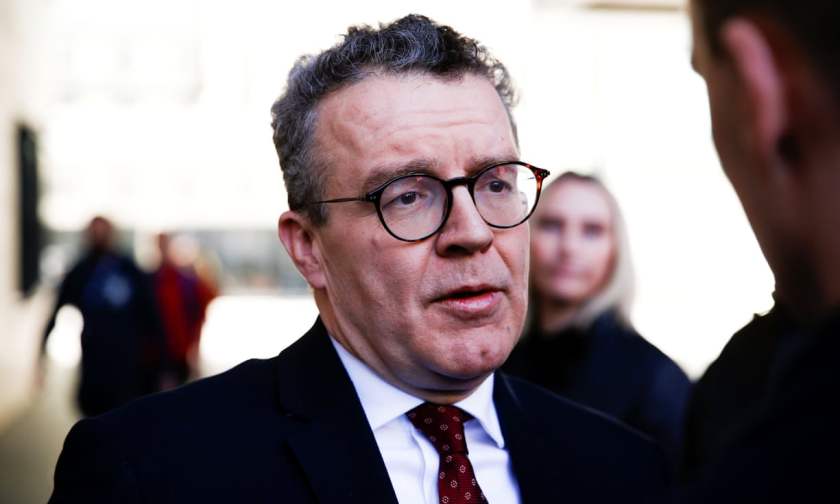 Tom Watson – really as good as he seems?

Tom Watson, Deputy Leader of the Labour Party.  There’s a nice guy.  Loves music, goes to Glastonbury.  Realised that he ought to lose weight to address health issues and has done so.  Slimmer, fitter and infinitely plausible sounding.  Just the kind of guy to take the antisemitism row in the Labour Party to the next level.  Who would believe that Tom Watson would be anything other than reasonable?

Tom Watson knows this.  Those stirring up the antisemitism row in the Labour Party know this.  The Mossad agents who, if they are not directing all of this will be wishing they were, know this too.

As Deputy Leader of the Labour Party you would think it would be Tom Watson’s job to know the rules of that party.  There is every chance that he does.  So he will know that there is a clearly stated policy position; clear recommendations from an internal report by Shami Chakrabarti; and clear procedures for dealing with accusations of antisemitism within the Labour Party.

Quite how Watson is proposing to deal with such complaints is unclear.  There is nothing in the Labour Party rule book to give the Deputy Leader the power of judge and jury when it comes to matters of internal party discipline.  In fact, should Watson read the rule book, he will find that there is no role at all.  Of course, Watson knows this.

So why the grand gesture?  Watson, and those perpetrating the antisemitism row, are waking up to the fact that Labour Party members on the ground know this is a sham, that antisemitism is neither institutional nor endemic within the Labour Party.  The widely reported comments of Chris Williamson MP, at a meeting in Sheffield last week, that Labour has been too apologetic about antisemitism and has been demonised by the media over the issue, hit the mark with many local activists.

Watson could not allow this to pass by without a response that would grab the media headlines.  His suggestion that complaints should go through him was designed to do just that.  With its usual lack of rigour, the BBC spent no time analysing the practicality or legitimacy of Watson’s suggestion but simply ran with it as part of its long running anti-Corbyn agenda.

This weekend The Observer joined the fray with a front page lead article claiming Labour faces new row over efforts to curb antisemitism (The Observer 3rd March 2019), its thinnest piece of journalism in a long time, based on internal emails over a year old, discussing how best to handle procedures internally within the Labour Party.

Internal investigations by the Labour Party and the cross-party Commons Home Affairs Committee have exonerated Labour of the “institutional racism” which its detractors claim.  The reality is that for many in the political establishment and media, the prospect of a Labour government which may question, and even criticise, the actions of the Israeli government in Palestine is too much to contemplate.

Many Israelis criticise the actions of their own government.  Many Jews not living in Israel, including Jewish Voice for Labour, are critical of the actions of the Israeli government.  These criticisms are no more tropes for antisemitism than criticism of Donald Trump makes us racially anti-American.  The Israeli government, its flaunting of international law, its illegal policy of occupying Palestine and its random killing of Palestinian demonstrators, are all legitimate areas for debate and criticism.

The antisemitism row within the Labour Party is expressly designed to suppress debate on these issues; conflate legitimate criticism of the Israeli government with racism; and undermine the credibility of the Labour Party in general and its leader in particular.  It is an organised, systemic campaign of vilification, with the clear objective of destabilising the Labour Party and undermining its chances of forming a government.

Tom Watson received nearly £65,000 between December 2015 and June 2018 from pro-Israeli government lobbyists.  At a critical point in the political life of the UK and with the prospect of Labour winning a general election a real possibility, is he really the man to be second in command?  Mossad may think so but should we?