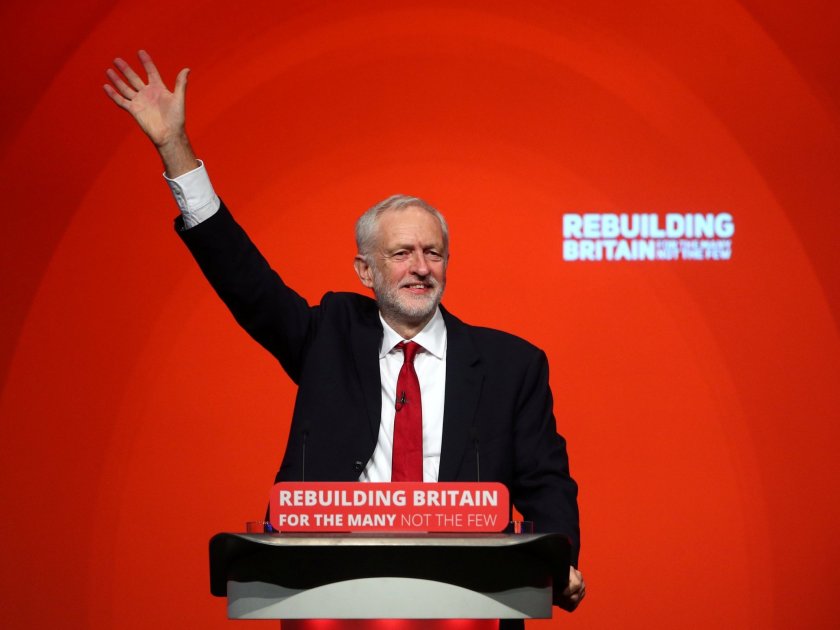 Trust is a most sought after commodity in politics.  Trust between candidates and voters.  Trust between colleagues within political parties, particularly if they are in government.  Trust in the system to deliver opportunity and reward for those prepared to work hard.  Peace, health, homes, and jobs continue to be the things that people need now and have needed since time immemorial.  People need to be able to trust in a system that will make these things attainable.

There is a growing narrative on the Left that trust has been eroded over the past decade.  The banking crisis of a decade ago not only exposed the precarious nature of the casino economy of the banks but rubbed salt into the wound, when taxpayers had to pay the gambling debts for bets that did not pay off.

The past decade has also seen the series of scandals associated with TV personalities, their ability to get away with sexual abuse, and the complicity of the authorities in covering up such abuse.  The LIBOR rate fixing scandal, another banking scam, was exposed in the past decade.  Broken promises to address tuition fees for students and a decade of politically driven austerity, punishing the poor while the rich continue to thrive, are part of the legacy of the 2010 – 15 Tory led coalition government.

Sexual revelations have generated the #MeToo movement, seen US entertainer Bill Cosby imprisoned and Donald Trump’s candidate for the Supreme Court, Judge Brett Kavanaugh, on the ropes over his sexual activities. Trump will no doubt find an equally right wing candidate, should Kavanaugh’s nomination be rejected.  However, as well as the issues raised about how victims of sexual assault are treated publicly, the power of the Supreme Court and its role in shaping life in the US have been questioned.

Who can we trust?

The answer to this question is too often framed narrowly by both academics and pundits.  They will implicitly accept that capitalism, as a system, is worthy of trust and with a few modifications is capable of delivering on the needs of the people.  What is required, such commentators argue, is a rebuilding of trust.  We need to reshape and rebuild trust in the banks, trust in the government, trust in the systems and institutions to provide for the many.

A variant of this debate is articulated by Will Hutton in The Observer (30th September 2018) in setting out the case for “stakeholder capitalism”, described by Hutton as,

“…a self-standing, distinct set of interlinked propositions about how capitalism can be made to work for all, requiring a radical change of mindset from the traditional left and libertarian right alike.”

Hutton welcomes the commitment by Shadow Chancellor, John McDonnell, at Labour Party conference last week to demand that every company with more than 250 employees allocate 10% of shares to employees, up to an individual benefit of £500 per person.  Hutton however suggest that MacDonnell should go further and,

“…declare that his aim is to create a new generation of British companies whose strength will be built on the new communities of interest between repurposed trade unions, customers and long term shareholders.”

Hutton is arguing for belief and trust in corporations to act in the public good in order to benefit us all.  He wants us to accept that trust in corporate magnanimity, with some modifications to control their excesses, will reshape capitalism for the benefit of all.  The ‘repurposed’ trade union will presumably be one designed to put the company interest before that of employees and avoid confrontation at all costs.

This is the usual sophistry of the soft Left, faced with the prospect of a Labour government which might actually take some radical steps. MacDonnell’s plan is about sending out a message to companies that they will not have everything their own way under a Labour government. They will have to consider their employees, their rights and to a certain extent give them some stake in the company.  However, a few company shares is not the point.  The main beneficiary of the MacDonnell plan will be the Treasury, which will raise an estimated £1.2bn from the private sector to invest in roads, schools and hospitals rather than going into the pockets of shareholders.

Capitalists are not co-operators.  They are connivers and dodgers.  They will pay employees as little as they can get away with, they will pay as little tax as they can get away with, they will play the system for as much advantage as they can extract from it.  It is naïve to think otherwise.  A programme for a radical Labour government has to be about outsmarting the corporations and, in the first instance, harnessing the resources of the state to support people’s basic needs.

That will involve public investment in roads, transport and housing.  It will require the rebuilding of the devasated public sector infrastructure, modernising the communications infrastructure and diverting funding for weapons of mass destruction into socially useful production.

Ironically, for Will Hutton and commentators of his ilk, the real upsurge in trust in recent years has been the growth of Labour as a mass party and the widespread belief in the trustworthiness and integrity of its leader, Jeremy Corbyn.

Some of those who should be Labour’s allies fail to see this but for the enemies of Labour it is clear.  The orchestrated smear campaigns against Corbyn, from press, media, government and the weak kneed within his own party, are all designed to present an image of Corbyn as incompetent and his ideas as unacceptable.

The real lives of people however cannot be manipulated by social media and press commentary.  The reality of austerity, zero hours jobs, spiralling housing costs and dwindling life chances may not be obvious to the friends of Theresa May, or even Will Hutton, but for many in the so called United Kingdom it is the stuff of their daily lives.

Corbyn, in his speech at Labour conference last week, laid out a vision that can begin to shift that balance.  We all need to get behind it.   We need to trust that with the collective will of the people we can make change happen.