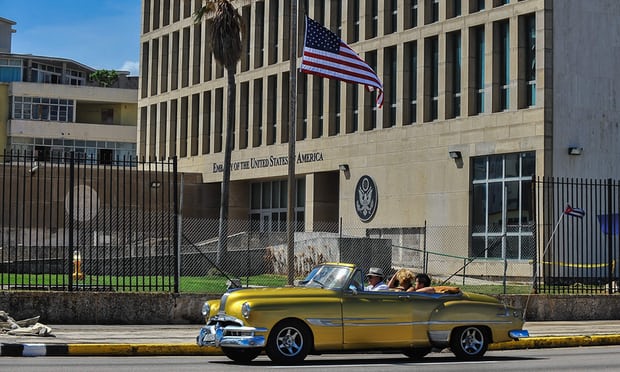 US Embassy in Havana, Cuba

Science works best when qualified people can evaluate evidence without political pressure to draw poorly founded conclusions, say 15 neuroscientists and physicists in a letter published in The Guardian on Friday 1 June 2018.

As neuroscientists and physicists we have no reason to dispute that US diplomats living in Cuba heard loud noises, or that they reported feeling ill afterwards. Some US politicians have seized on these reports to construct conspiracy theories in which they imagine a mysterious disease-causing “sound ray gun” – something that isn’t possible with today’s technology. These same politicians have used their positions of authority to present their speculations to a credulous public as though they are fact. The pronouncements, in turn, have led to international confrontation and hysteria, resulting in the removal and expulsion of diplomats, and travel advisories. Now, an apparently analogous incident has been reported in China.

A “preliminary communication” from the University of Pennsylvania, with US government support, published in the prestigious Journal of the American Medical Association (JAMA), has been used to buttress this putative “acoustic attack” idea with science. In fact, that work is deeply flawed, and does nothing to support the attack theory. We thus applaud the recent paper by Sergio Della Sala and Robert McIntosh, for its thoughtful criticisms of the JAMA report, and praise the effort described in the Guardian (Cuba calls on US and Canada to investigate ‘sonic attack’ claims, 29 May) to engage in an international scientific collaboration to study any connection between the illnesses and sound. Science works best this way, when qualified people can evaluate evidence without political pressure to draw poorly founded conclusions.