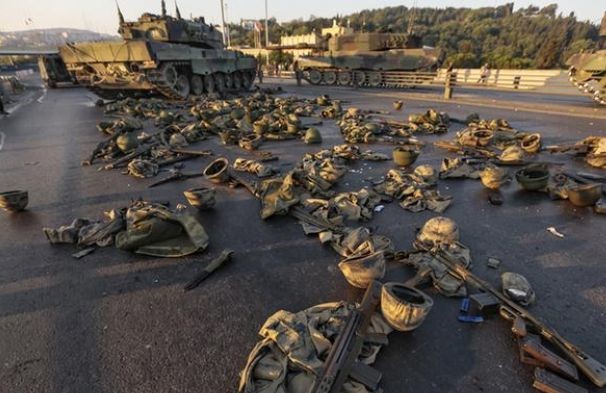 Events over the past six months in Turkey suggest that the focus of Islamic State activities is shifting, from their flagging attempts to gain a foothold in Iraq and Syria, and onto the streets of Turkey.  The New Year’s Eve attack in the Reina nightclub in Istanbul, killing 39 people, was the latest in a series of responses by Islamic State to the losses inflicted by Turkish troops inside Syria.  The killings follow on from the killing of 44 people outside an Istanbul football stadium three weeks ago and the assassination of the Russian Ambassador to Turkey on 19th December.

While not all of these actions can be ascribed to the activities of Islamic State they all contribute to the sense of political disjointedness inside Turkey, adding to the desire of President Recep Tayyip Erdogan to extend the state of emergency, established following the failed coup, on 15th July last year.

The vacillating position of the Turkish government has not helped the situation.  Initially engaged in allowing Islamic State oil supplies to pass through Turkey, thus providing IS with much needed revenue, Turkey has more recently become engaged in the military operations against IS in Syria.  In part, this is cover for its own operations against the Kurdish PKK, who have been engaged in an independence struggle with the Turkish leadership for over 40 years.  It is also part of a wider regional power struggle, in which Erdogan is seeking to position Turkey as a key broker in the region.

Turkey is also in the ambivalent position of both being a member of NATO but being allied with Russia in the current ceasefire negotiations in Syria.  The conflict in Syria has resulted in a massive refugee crisis inside Turkey, with an estimated 3 million refugees having crossed the border from Syria.  Quite apart from the obvious problems this creates in terms of housing, feeding and schooling there is also the suggestion that Syrians are being used as cheap labour, displacing Turkish workers and adding to the already significant unemployment issue.

It is not hard to see how this situation can be exploited by the Islamists, already keen to destabilise Turkey and undermine its secular constitution.  The followers of Islamic preacher, Fethulah Gülen, in self imposed exile in the United States, are already regarded as being behind the coup attempt by the government.  However, Gülen is not trusted by the Left who see him as a tool by which the Islamisation of Turkey may be further advanced.

President Erdogan has taken the opportunity of the 15th July coup attempt to strengthen his grip on the state apparatus and root out any perceived opposition.  Estimates vary but in excess of 100,000 civil servants, journalists and lecturers are said to have lost their jobs, on the pretext of being Gülenist, as Erdogan attempts to silence any opposition.  The Justice and Development Party (AKP), which Erdogan helped found, came to power on the basis that it would be more democratic, more European and more moderate on the world stage.

Turkey is at the centre of a struggle between rival capitalist interests, in the United States and Russia, over influence and access to markets in the Middle East.  It is also the flashpoint for the religious intersection of Islamic and secular politics in the region.  Alliances continue to shift as the players shift allegiances to shore up their particular side.

As ever, the losers are the people of Turkey, and the wider region, who become pawns in a power game which is not of their own making.  The basis of political struggle in the region must move away from geography and religion and onto an assessment of class interests.  Only then will the people of the region, whether from Turkey, Syria, Iran or Iraq, see that they have more in common than that which divides them.